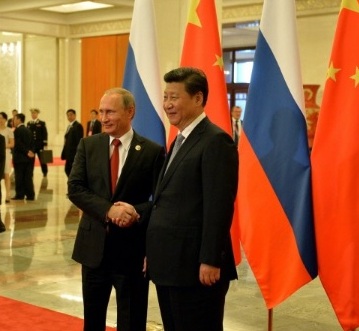 Join us for a provocative and timely evening with one of our own club members, Lyle Goldstein '94 for a non-partisan evaluation of the Presidential candidates foreign policy platforms.

Prof. Lyle J. Goldstein is an associate professor in the China Maritime Studies Institute (CMSI), which was established at U.S. Naval War College in October 2006 to enhance research and understanding of Chinese maritime development.  He served as the founding director of CMSI from 2006 to 2011.  For this service, he was recently awarded the Superior Civilian Service Medal.

Professor Goldstein's first book, which compared proliferation crises and focused particularly on Chinese nuclear strategy, was published by Stanford University Press in 2005. He is the co-editor of the books China’s Future Nuclear Submarine Force (2007), China’s Energy Strategy: The Impact on Beijing’s Maritime Policies (2008), China Goes to Sea: Maritime Transformation in a Comparative Historical Context (2009), China, the US and 21st Century Sea Power:  Defining a Maritime Partnership (2010) and Chinese Aerospace Power:  Evolving Maritime Roles (2011). His most recent book is Meeting China Halfway:  How to Defuse the Evolving US-China Rivalry (2015).

Professor Goldstein is also quite involved in research regarding Russian defense policy.  In 2014, he led the Ukraine Crisis Group at Naval War College.  He also organized the "Sense of the Faculty" study on Russia that was published in July 2016.  He completed a major research trip to Moscow and St. Petersburg in mid-2016 and his current research project focuses on the development of Russia-China relations.

In addition to earning his AB from Harvard, Lyle has a PhD from Princeton and an MA from Johns Hopkins School of Advanced International Studies.